There are so many beautiful trees in France. Here is one from the car on the way home from Hauterives to Lyon: 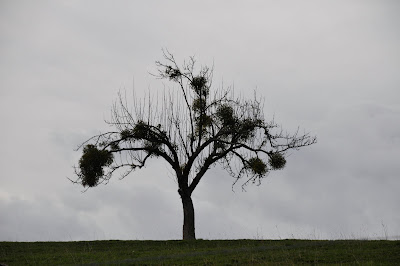 Harper and Guthrie practicing Tae Kwon Do in our living room: 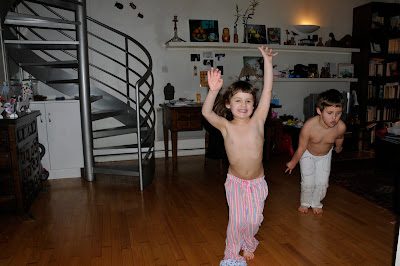 Look at this JUMP KICK! 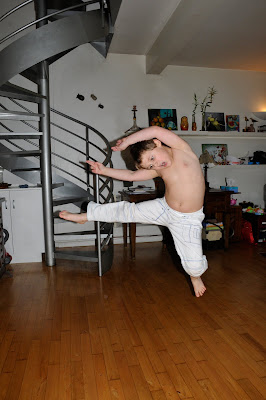 My hard drive crashed last week - the same day that Howard Zinn died. It was a sad week. In some ways, it was a magical relief to be out in the world and NOT on the computer. It felt good to be alive and to walk with purpose, thinking of Zinn and the millions of people he has reached and touched and changed. Shame on NPR for letting him be skewered by right wing lunatics on the air. My dad urged me to watch Amy Goodman's Democracy Now! show online and it was well worth it - Chomsky and Naomi Klein talking about Zinn's huge influence and his lasting gift of hope. (Chomsky is still coming to lecture in conjunction with my exhibition at UNC in the fall!)
I finally managed to get into the Centre for Deportation and Resistance and was disappointed. Nothing had changed there in the last 10 years and yet, historians claim that we are now in the 3rd phase of historiography on WWII and France's role in it - both as collaborators and resisters. So many more books have been written about this history and much has been unearthed and discovered. It is a dark and dry museum, housed in the old Gestapo headquarters where they tortured victims in the cellar. I felt uninspired and barely moved and this surprises me. Am I numb? (I know I am not. I am a rollercoaster of emotions on a daily basis.) Is history just too much to bear or feel on some days? Or is it just poorly represented and retold? Here is where Zinn's historical power takes hold and makes me want more - more personal stories, more alternative narratives, more truth, more radical interpretations. I was struck by the high percentage of women fighting against the Nazis in every way - making bombs, delivering secrets, leading groups of fighters - and the power of the Communists and the young. The museum is mostly dimly lit panels of small historical texts, chronological, with a few installations of a typical apartment at the time, a train car for transporting "prisoners," some videos. I wonder if Jeanine Sontag, who joined the resistance at age 16 and was assaasinated in 1944 after being tortured, is related to Susan Sontag? I must visit Fort Montluc where so many were tortured and died. Corinne tells me it is now a women's prison. It is not far from the kids school.
Agnes Humbert and her son before the war, from her memoir Resistance: 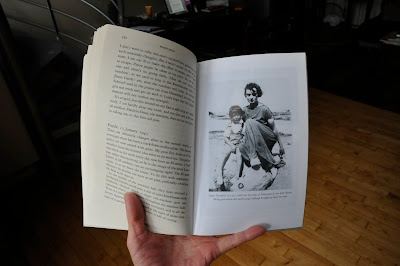 Barbara Mellor, the translator of Agnes Humbert's memoir, Resistance, contacted me via a comment on my blog and I hope to meet her here in France in June. This is exciting for me and she seems like a smart, passionate and kind woman. I am also meeting with an 88 year old woman next week who joined the resistance, Andree Georgevail, in her apartment and she has agreed to let me make photographs of her and her place filled with mementoes. (My friend Corinne arranged this for me. She is one of my guardian angels here in France.) Andree Georgevail also went to Vietnam to work against that war and still oversees a little theatre in Lyon. She sounds fascinating and full of history and life.
David and I went to see George Clooney's new film Up In The Air and liked it. When we exited the theatre, it was snowing so thickly we could barley see across the brightly lit city street. The flakes were huge - picking each other up and sticking on the way down. We raced back up the hill - stopping for David to get a Kebab - so that our babysitter's dad could come get her and drive the 45 minutes home safely. It was beautiful out - whirling white cold dust glimmering beneath the city lights, blanketing the old and new grit and grime with a clean sheet of snow. David took the kids sledding the next day after our trip to the market and I came home to prepare the picnic feast: roasted chicken, fresh bread, goat cheese rolled in ash, saint marcellin, cucumbers, radishes, amazing pate and cornichons, mustard, olives. I made a delicious tangine for dinner with another roasted chicken, apricots, dates, raisins, oranges and a handy bag of "soup sachet" from the market (leeks, carrots, onions, potatoes, squash - all cut up in little cubes).
The back of the sign at the Hauterives restaurant where we ate a lunch of steak-frites,
Croque Madame (ham and cheese grilled cheese with an egg on top),
hamburgers and fries and starwberry and lemon ice cream: 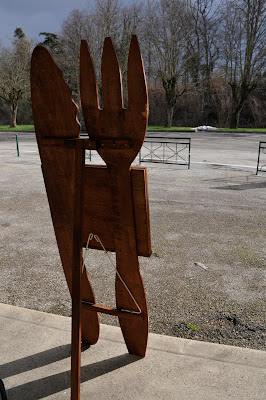 We drove to Hauterives this weekend to see the Palais Ideal, a surreal almost-miniature castle made by a postman who collected stones as he delivered mail and constructed a dream-work-palace with the stones and cement. We have been there several times, as it is one of my favourite places on earth, deemed worthy of distinction by Andre Breton and Malraux. Of course, it was closed - only closed 5 days a year and the day we were there was one of them. The kids were disappointed but we'll go back, as it is only a little over an hour away. We had a lovely drive through the hilly countryside and took lots of pictures.
Typical Hauterives stone wall: 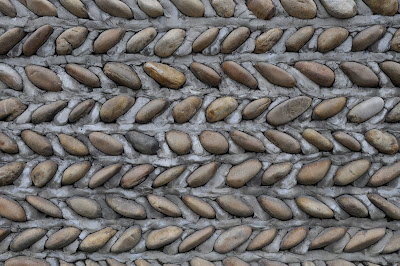 Detail from a Hauterives billboard: 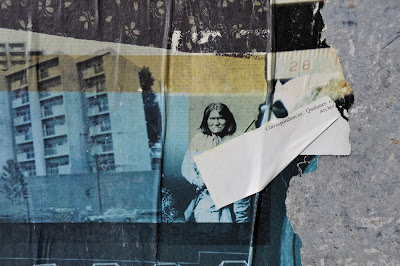 Apple trees alongside the road: 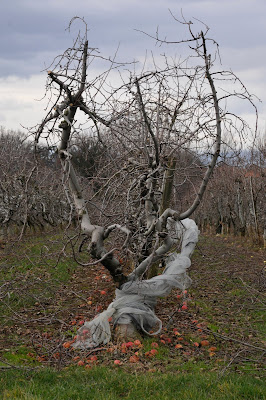 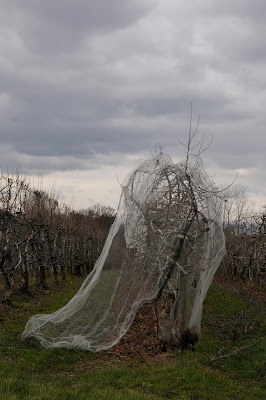 Driving home through the mountains, David tries to help Harper get an icicle: 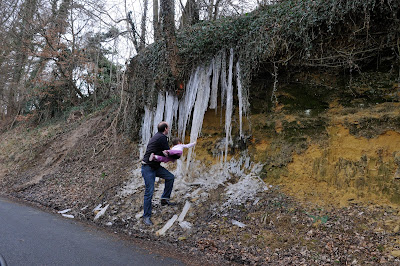 We stopped at a 12th century church on the way home and found this image on an
enamel plaque on one of the gravestones. 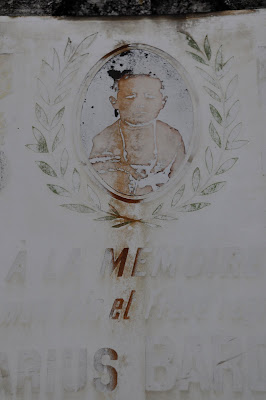