Where I Bought my Butter Today

Despite the continuing flurries of snow, the Lyonnais were out in full force this morning at the Croix-Rousse food market, the most BIO (organic) one in the whole city - lucky us! There was a school band of horns and drums on the snowy steps of the local mayor's office - magical. While David took the kids to the jam-packed playground, I managed to buy a loaf of country bread, 2 ripe avocadoes and fresh butter directly from the farmer: 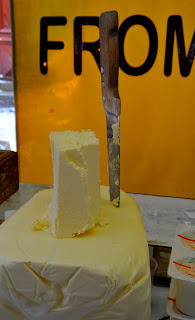 Here are some more pictures of the market - green caulifower (I do not know what you call this cross-polinated vegetable.) 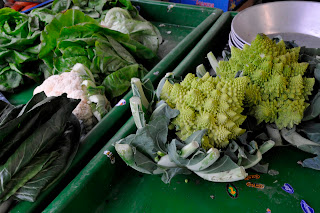 Here is Potiron (squash). This is one of my favourite vegetables served in France, usually as a whipped puree with garlic, curry, butter or potatoes: 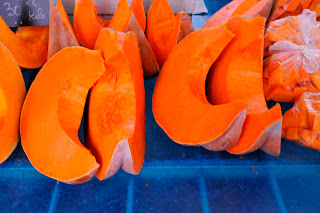 And of course, the tastiest Oefs frais (fresh eggs) in a bed of straw: 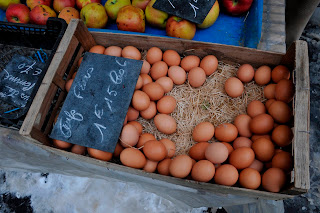 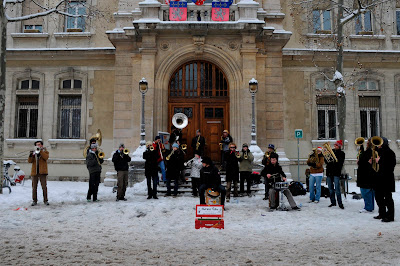 This is the statue "Song of the Canuts (silk-weavers)" in the little playground beside the mayor's office: 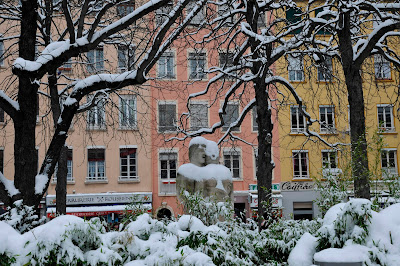 And here is a game David made up on the side wall of the mayor's office - Guthrie, Harper and he tried to throw snowballs into the center of the cirle:

Harper with the new sled we bought for them yesterday: 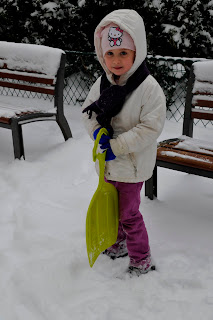 And I can't resist sending another one of the Brueghel playground - much more crowded today than yesterday. 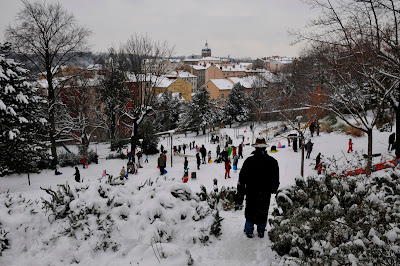 David and Guthrie about to watch Harper go flying down the hill as I head home to take photographs on the way and make lunch. 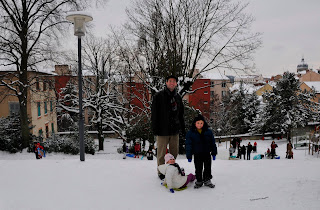 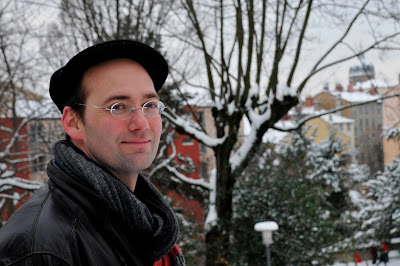 Some pictures of my way home through the slushy quiet streets of Lyon:

The view from the end of our street at the plaza at the top of the Grande Montee (Grand Steps) from downtown:

A Rodchenko-inspired aerial view of one of the streets we take to the playground:

Detail of drain in graffiti:

Our pathway and entranceway: 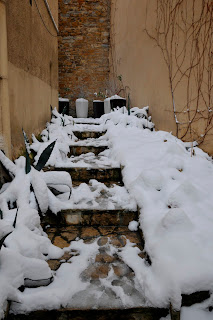 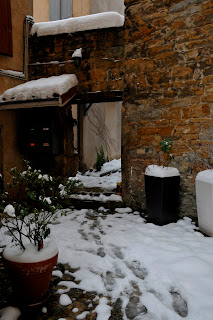 Our door is on the right: 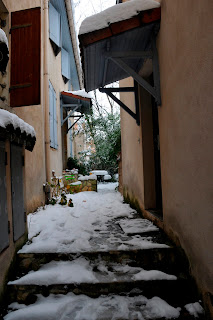 Our door is on the left: 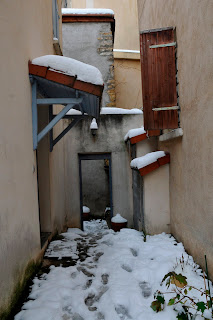 This is a leaf that Guthrie found at the mall yesterday on the floor. The mall, Part Dieu, was absolutely mad. We were actually a bit scared going up the stairs with hundreds of others, including lots of young drunk males. None of us have ever been at a mall when it was so crowded before. We even witnessed a fight between a crazy lady and a man and child. 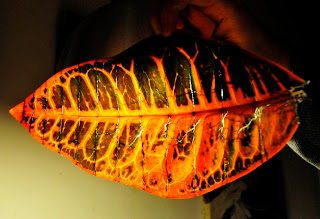