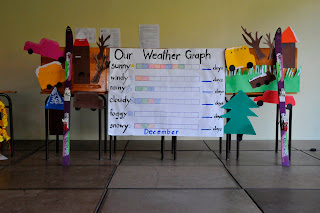 On Tuesday, Harper's kindergarten class performed for about 40 minutes in a school "assembly". The theme was weather. They had a "weather channel", sang songs in English and French and some of the kids told jokes. Harper stood up and told one loud and clear, "Why did the lady go outside with her purse open?" Why? "Because she expected some change in the weather." Here are some cute pictures of the event:

Harper getting ready for something: 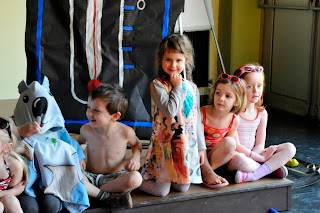 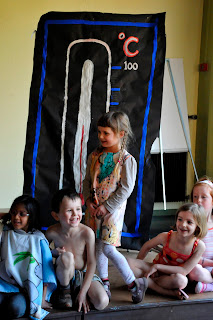 Harper singing at the top of her lungs, "The sun is out, it's a lovely day....." Some kids were "summer" and others were "winter". Harper was winter. Hence, the hat. 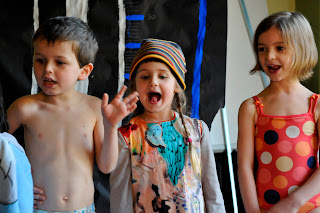 Singing another song to the Beatles tune of "I don't know why you say goodbye, I say Hello Hello Hello...." 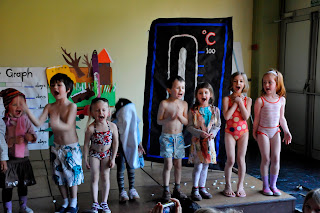 Our courtyard entranceway wall in the morning sun: 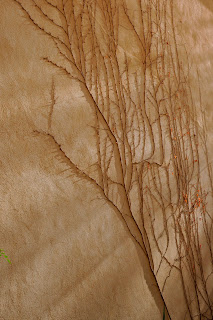 The public swimming pool, or "Nautical Center of the Rhone", downtown along the Rhone river. This always reminds me of Chris Marker's amazing film La Jetee: 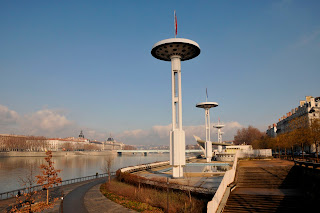 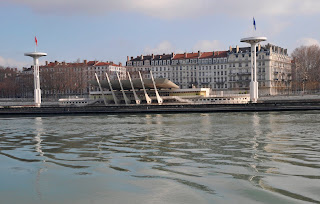 This is a sculpture outside the entrance doors to the Center of Deportation and Resistance. (I will try again next week to get in!) 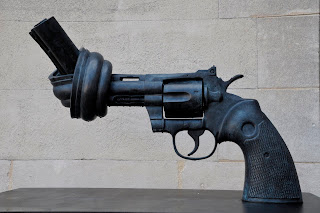 This is a Joseph Cornell store, Antiquites Marilyn, specializing in dolls and silverware. I never want to touch anything. 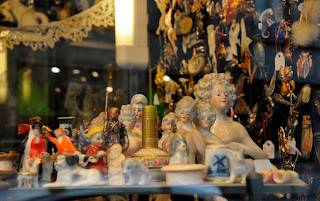 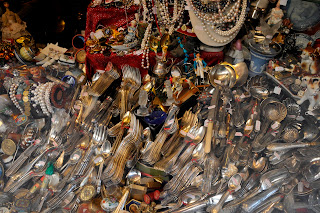 A Different store window, where they repair antiques - 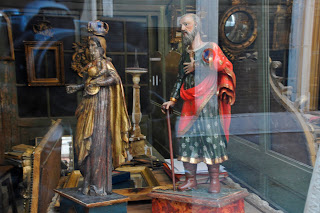 A magical view of Hotel de Ville from my car window driving the kids home from school. We see this every day as this is where we turn to climb the hill up to our neighborhood of Croix Rousse. 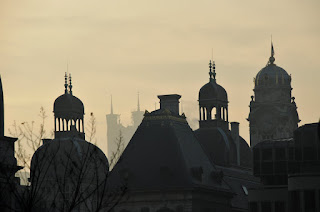 David leaves these little surprises for the kids before he goes to work so when they come home from school they are happy. Here are Harper's piglet and two blue bears going for a ride on Guthrie's motorcycle with a sidecar. 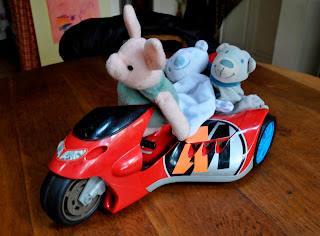